As a professional refrigeration supplier for more than 18 years,

There are two types of cold storage room insulation, one is polyurethane spraying, the other is cold room panels. The installation time of the cold storage panels is short, the appearance is neat, the spraying is not suitable for  the steel structure workshop, and the spraying is manual operation, and the density is uneven usually.

6. The numbers of rooms in one cold storage room 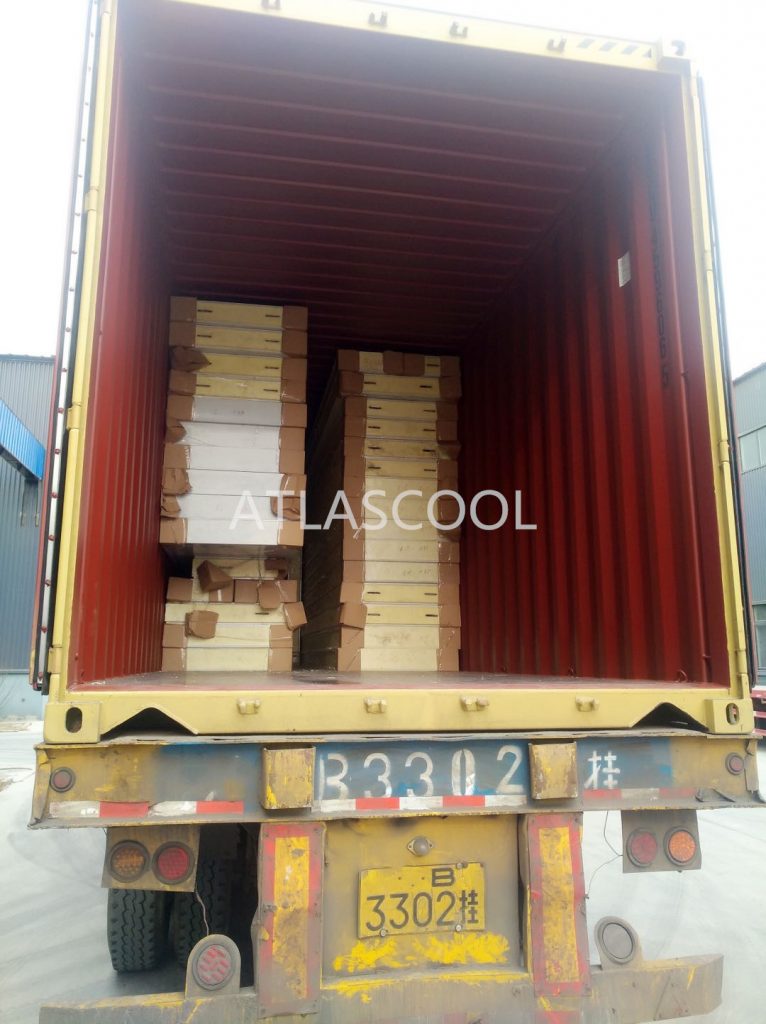 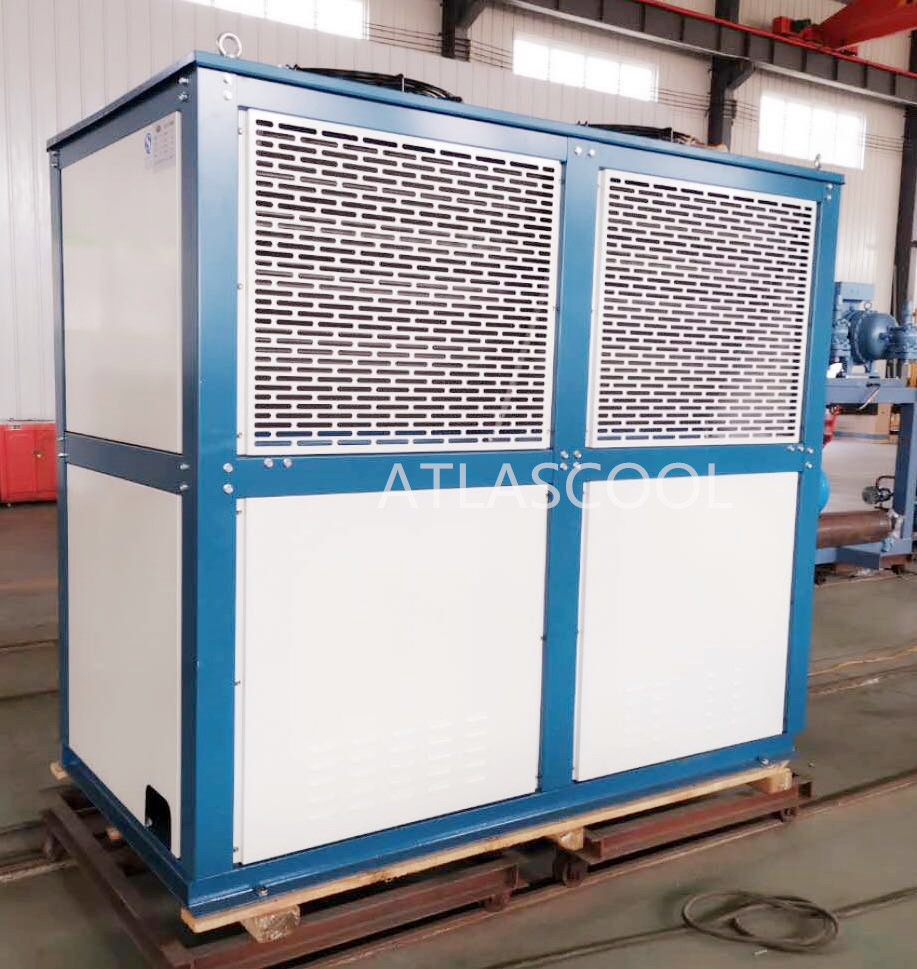 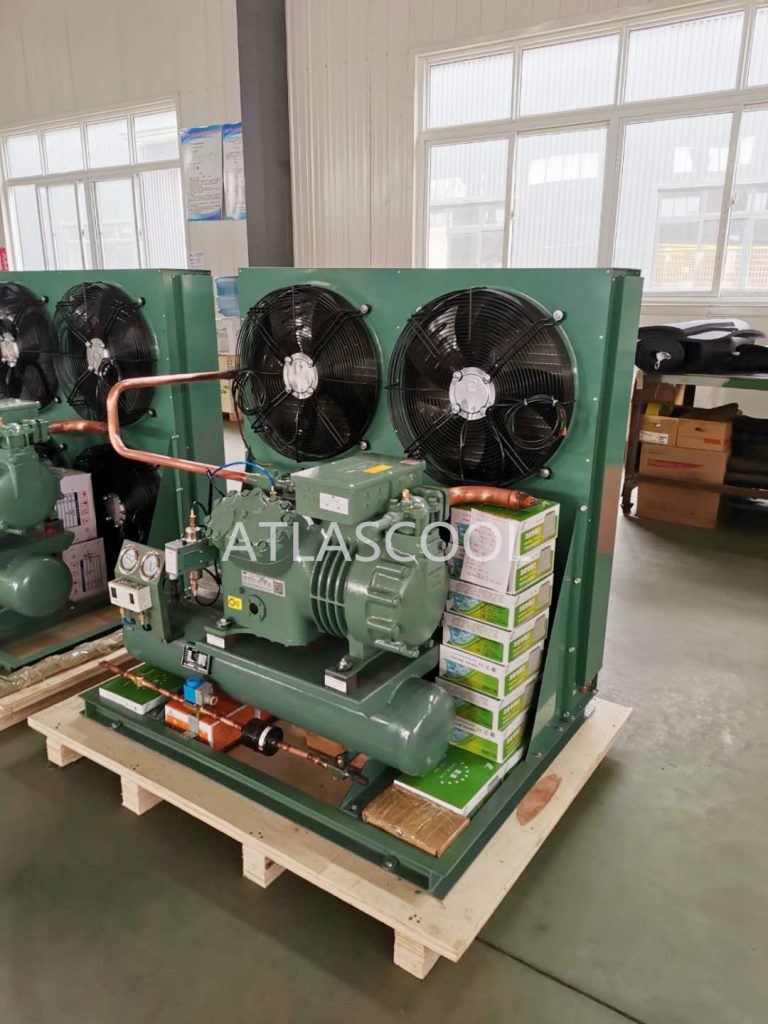 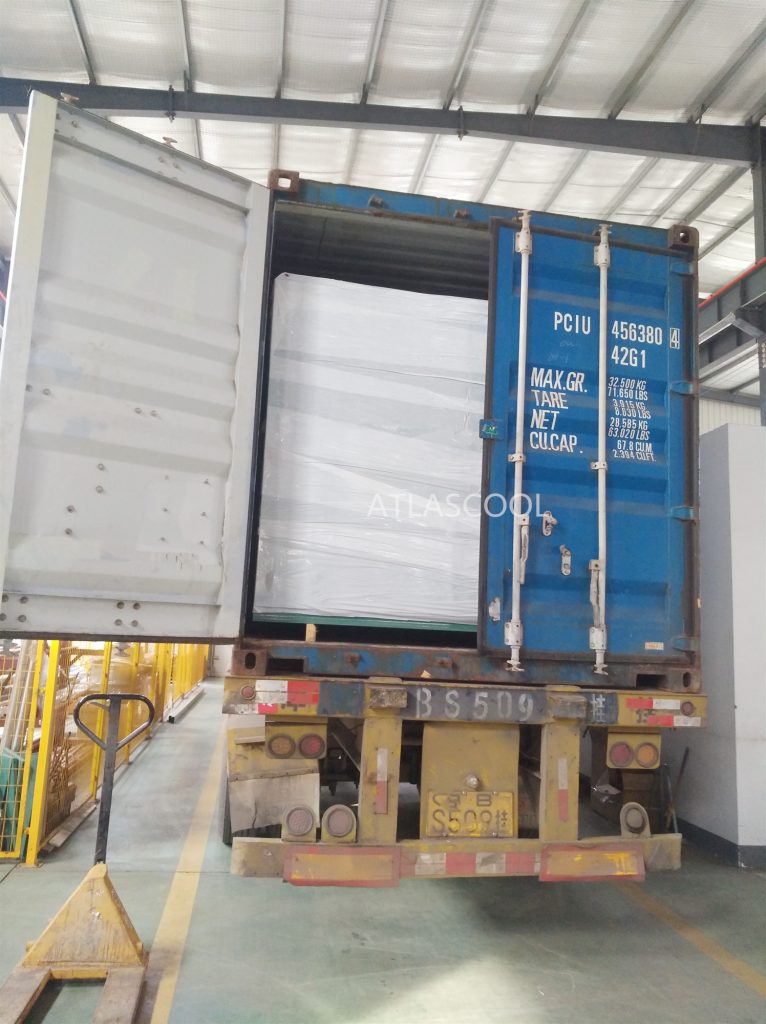 Loaded in the container

Thanks for our client supporting, hopefully to do more business in the whole world.

A common cause of premature reciprocating compressor failure is overheating. A reciprocating that is running too hot will surely fail before its time. A service tech should always look for this potential problem while servicing any refrigeration system.

The hottest location in a refrigeration system is at the discharge port of the valve plate inside the compressor head. It is difficult for a technician to measure the exact temperature at this location. It’s important to know the causes of overheating to repair the system.

For a return air cooled compressor, the refrigerant vapor is heated by the motor as it flows through the motor cavity, and the cylinder suction temperature is again increased. The heat generated by the motor is affected by power and efficiency, and the power consumption is closely related to exhaust, volumetric efficiency, working conditions, and frictional resistance etc.

(3) The compression ratio is too high 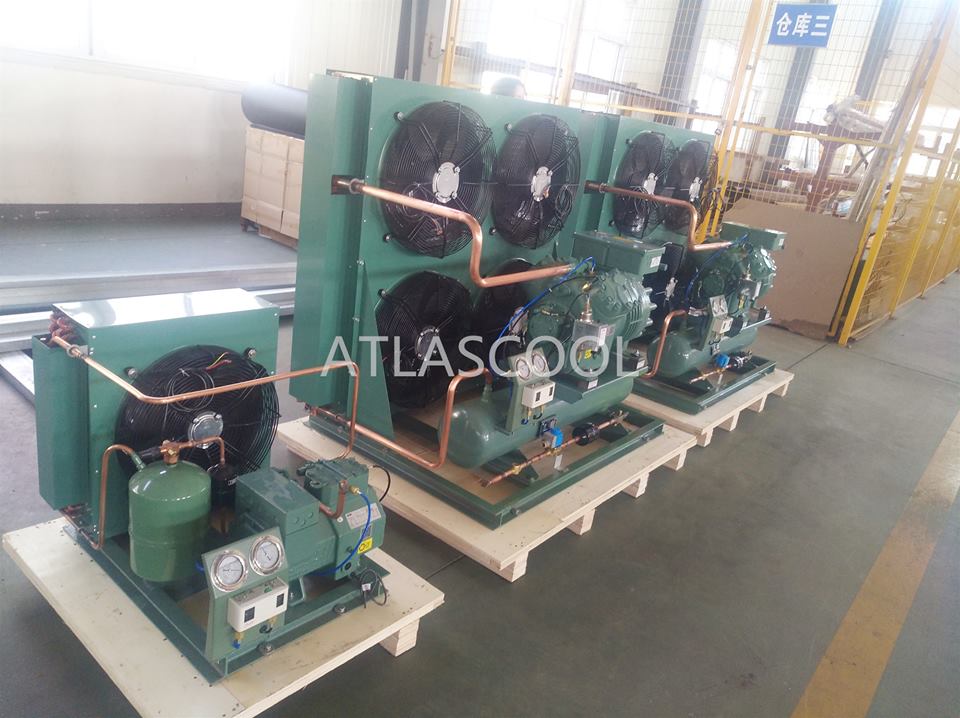 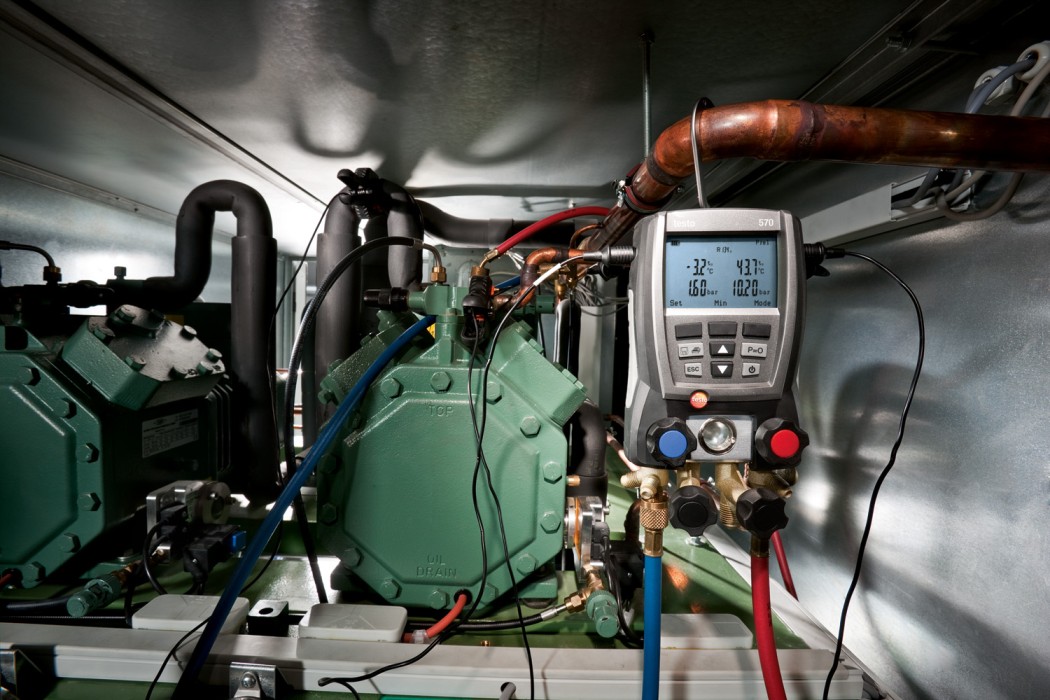 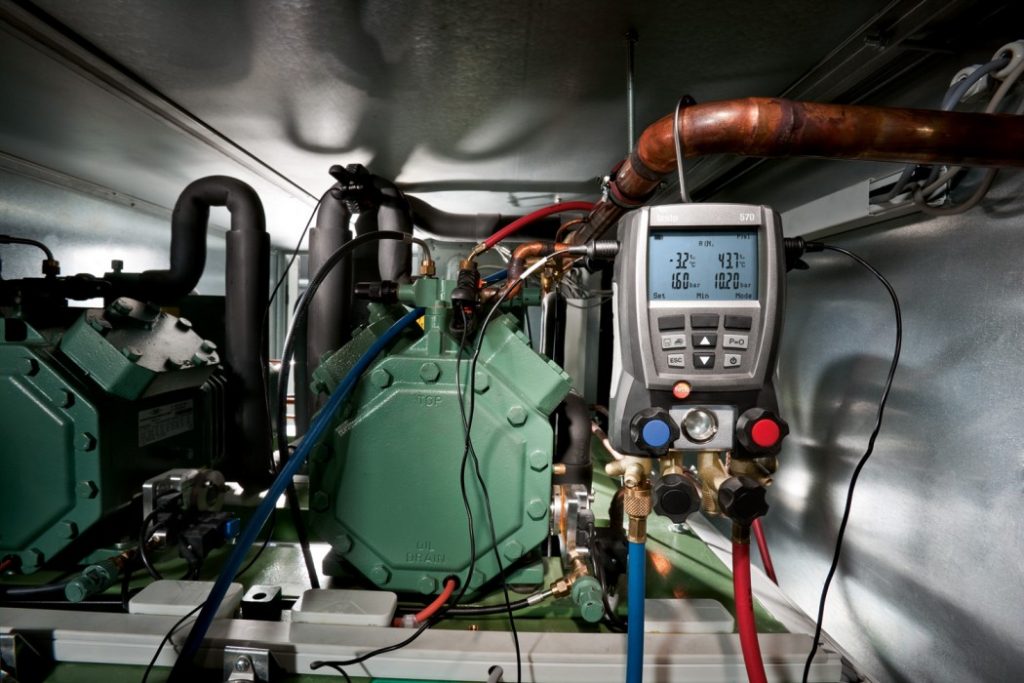 During using cold room, there will  be some common faults for the refrigeration system, let us check and solve them.

Fault Analysis: After the refrigerant leaking in the system, the cooling capacity is insufficient, the suction and exhaust pressures are low, and the expansion valve can hear the intermittent airflow sound much larger than usual. The evaporator does not hang frost or hang a small amount of floating frost. If adjusting the expansion valve hole, the suction pressure does not change much. After shutdown, the equilibrium pressure in the system is generally lower than the saturation pressure corresponding to the same ambient temperature.

Fault Analysis: The amount of refrigerant charged in the refrigeration system after maintenance exceeds the normal volume of the system. The refrigerant will take up a certain volume of the condenser, reduce the heat dissipation area, reduce the cooling efficiency, and generally have high suction and discharge pressures. The evaporators don’t frost and the temperature cooling  is slow.

Solution: According to the operating procedure, it is necessary to stop the machine for a few minutes and then release excess refrigerant at the high pressure shut-off valve. At this time, the residual air in the system can also be released together.

Solution: It is possible to release air from the high pressure shut-off valve several times after a few minutes after the shutdown, and it is also possible to properly fill some refrigerant according to the actual situation.

4. The efficiency of compressor is low:

Fault Analysis: The low efficiency of the refrigeration compressor means that the actual exhaust gas volume decreases and the cooling capacity responds less when the operating conditions are constant. This phenomenon occurs mostly on compressors that have been used for a long time, and the wear is large, the clearance of each component is large, and the sealing performance of the gas valve is lowered to cause the actual exhaust gas to decrease.

(1) Check if the cylinder head paper pad is broken down and cause leakage. If it is, replace it.

(2) Check if the high and low pressure exhaust valves are not closed tightly, If it is, replace it.

(3) Check the clearance between the piston and the cylinder. If it is too large, replace it.

Fault analysis: Long-term use of the cold room evaporator should be timed defrosting, such as no defrosting, the frost layer on the evaporator line is thicker and thicker, when the whole pipeline is wrapped into a transparent ice layer, it will seriously affect heat transfer. Causes the cold room inside temperature can’t reach to required value.

Fault Analysis: During the cooling cycle, some of the refrigerant oil remains in the evaporator line. After a long period of use, when there is more residual oil in the evaporator, the heat transfer effect will be seriously affected, and the cooling efficiency will decrease.

Solution: Shut down the shut-off valve and remove the expansion valve to check if the filter is clogged  and replaced when damaged.

1 The fan is not turned on.

2 The fan motor is damaged.

3 The fan is reversed.

5 The condenser fins are blocked by oil dust and the air does not circulate.

1 The cooling water valve is not open or opened too small, the inlet pressure is too low

3 The scale inside the condenser is thickness. 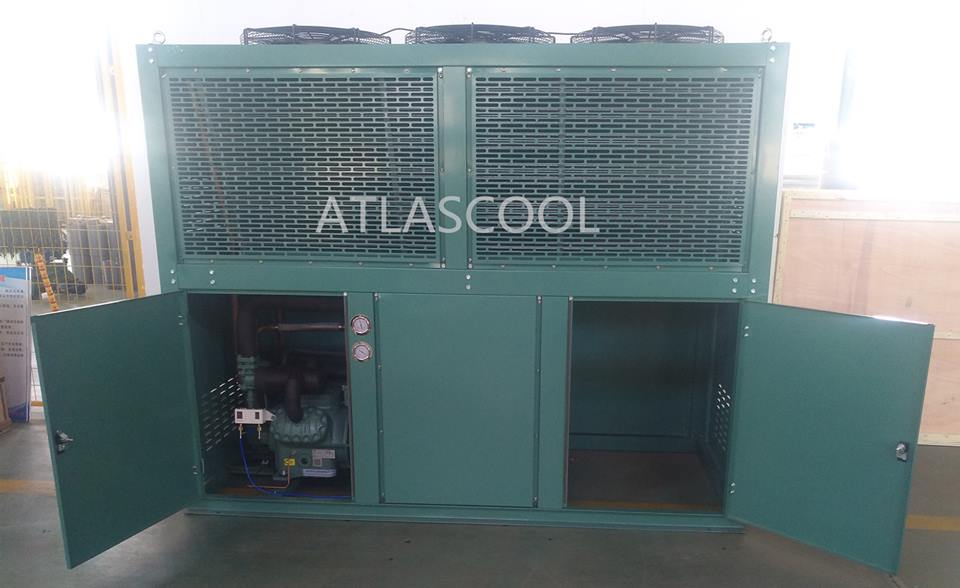 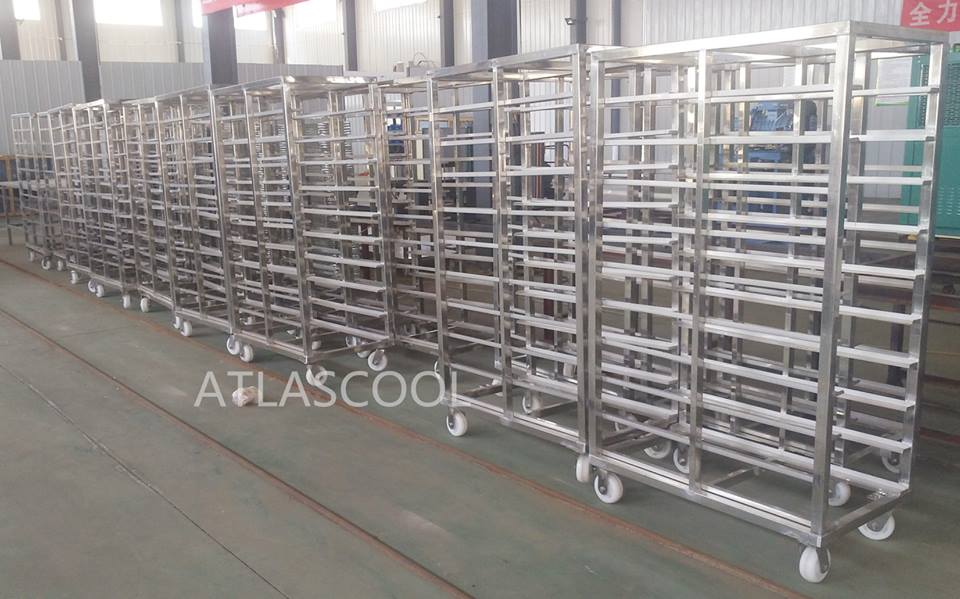 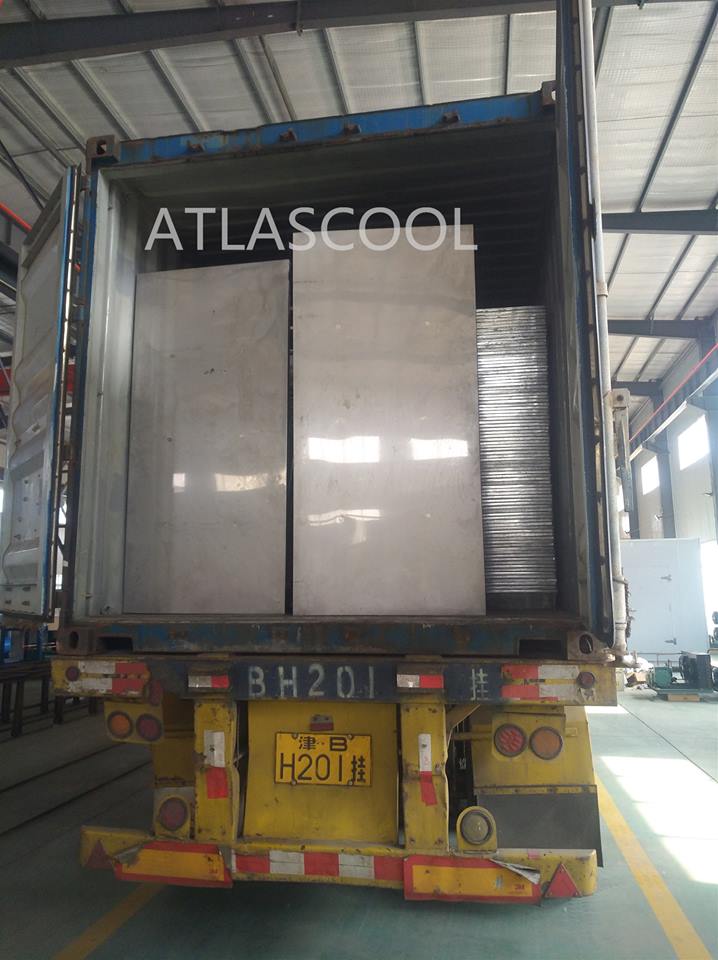 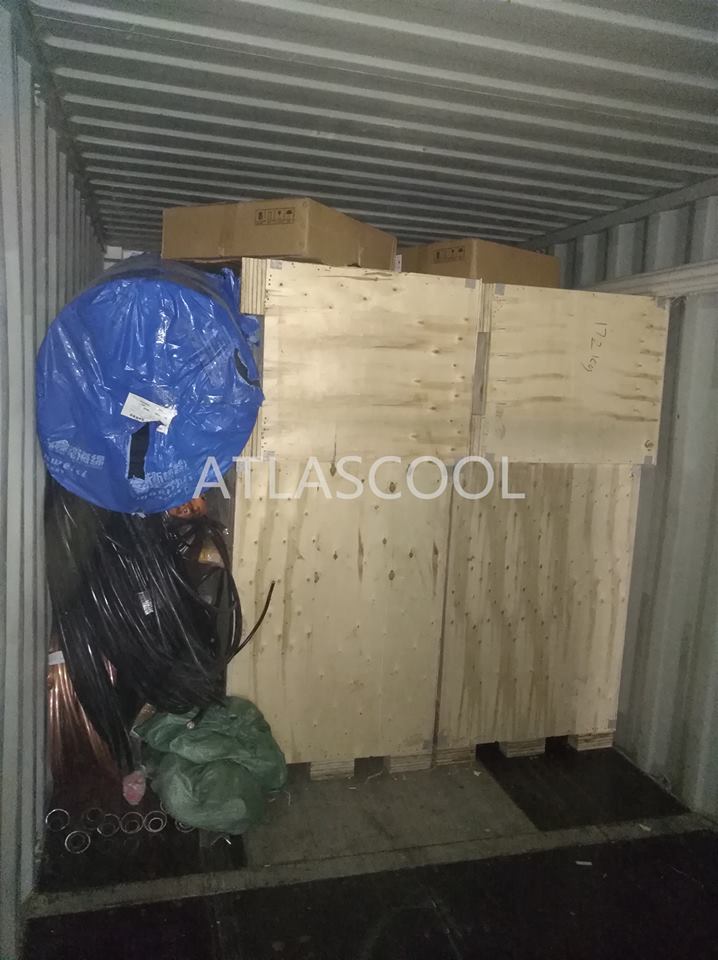 Your cold room experts, from design to installation&maintenance service, we provide one stop cold room solutions for your fresh life.

We exported 2*40GP cold room panels and freezer room panels to Mozamnique for a seafood factory. 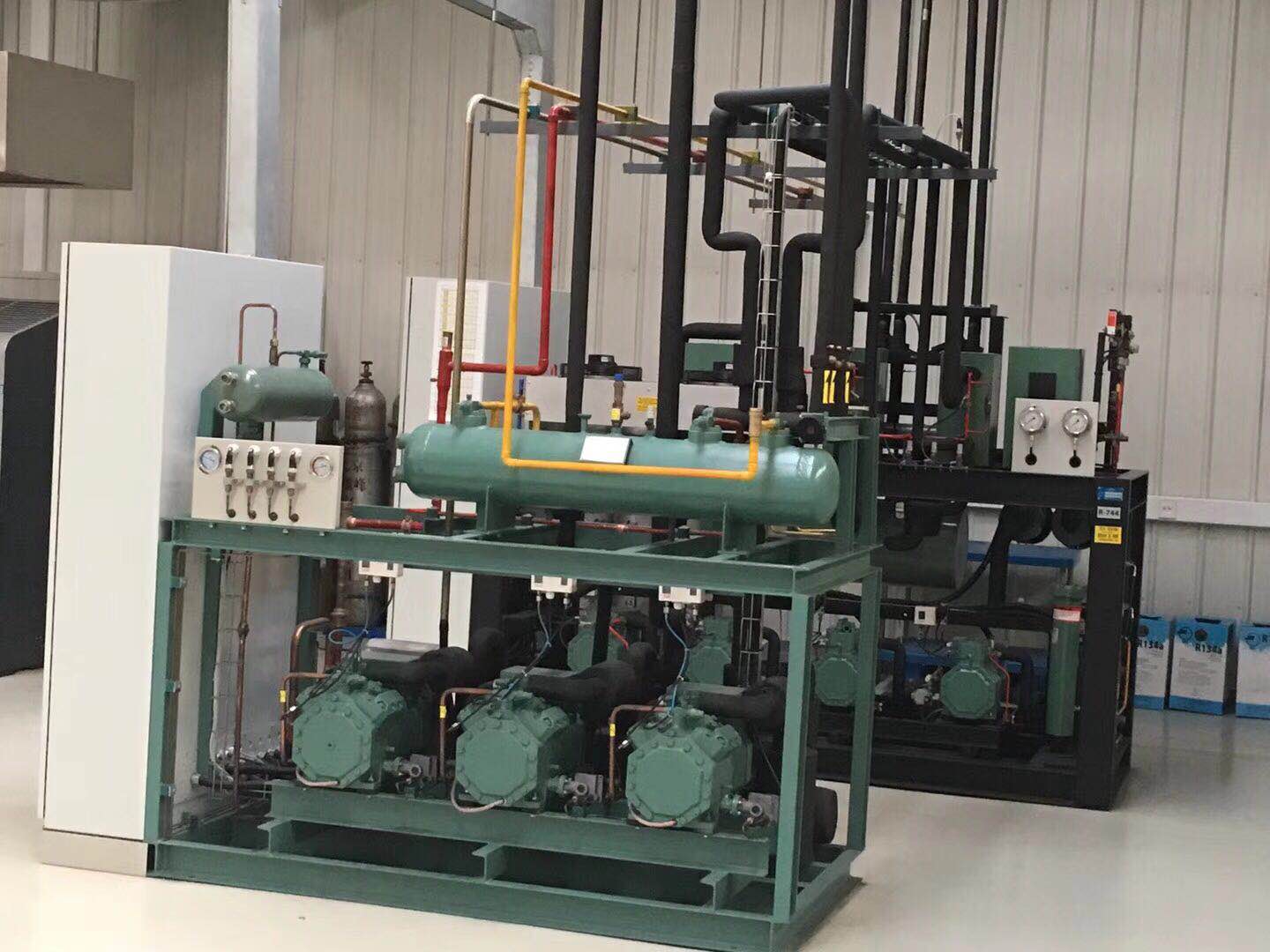 Cold room is a building warehouse using refrigeration machine to reach a certain temperature and has insulation to hold the temperature.

◇Ammonia: the oldest in history, the best choice in the field of industrial refrigeration worldwide. Due to the characteristics of the ammonia system, it is generally used for centralized refrigeration, with a special machine room for large-scale refrigeration systems (more than 10,000 tons of cold storage). There is a trend toward miniaturization and modulation, with an emphasis on improving safety and reducing the amount of charging.

Molds generally grow in dark, damp areas and can withstand lower temperatures. Usually in the high temperature cold room, the situation is the most serious. The mold grows in the cold storage, and the spores fly everywhere, which pollutes the goods and products stored in the warehouse.

The keys to managing energy efficiency are reducing operational costs, during managing a cold storage warehouse, we should strictly control the energy costs from five parts “ice, frost, water, doors and lights”. Meanwhile using remote monitoring can have a significant impact on reducing energy, maintenance and overall operating costs. Here we only discuss it from how to correctly operate the refrigeration unit and evaporators and how to do the cold storage management. 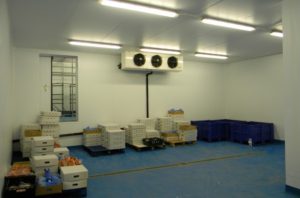 1, Reasonably adjust the operating parameters of the refrigeration system to improve equipment efficiency.

According to actual cold storage temperature and goods conditions, adjusting system pressure and temperature parameters which can ensure the safety of machinery and storage products, fully utilize equipment efficiency, and save Water, electricity, oil, etc. 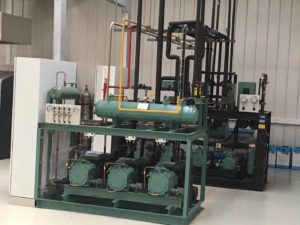 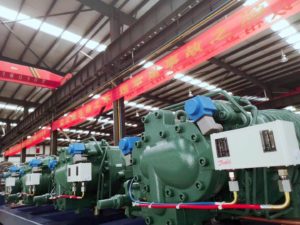 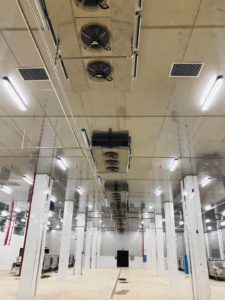 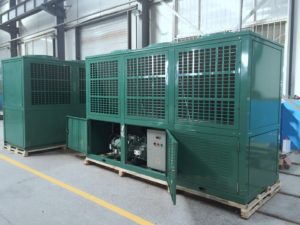 4, Timely remove the frosts on the evaporator and scales on the condenser.

The second importance is energy saving in the cold storage management.

The cold storage is a special building used for freezing and refrigerating foods and maintaining a certain low temperature. The floor, walls and roof are covered with a certain thickness of moisture-proof layer and insulation layer to reduce the introduction of external heat, and at the same time, in order to reduce the radiant heat of the sun, the surface of the exterior wall of the cold storage is generally painted white or light.

Since the cold storage building has the above characteristics, in addition to ensuring the building quality with strict heat insulation, sealing, sturdiness and frost resistance in design and construction, it should also be based on the characteristics of the cold storage in daily use management. Scientific management is implemented to ensure safe production, so as to achieve the purpose of prolonging the service life, reducing production costs, saving maintenance costs, and improving the economic benefits of enterprises. 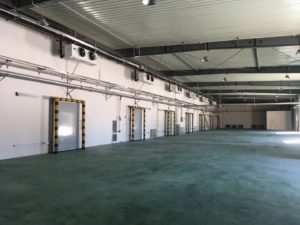 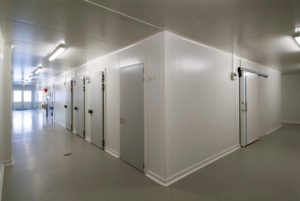 We finished a turn key cold storage room for fruits and vegetables to our customers in Tashkent, Uzbekistan.

The fruits and vegetables cold storage main equipments and materials:

2. Electric system: Siemens and Schneider electric components or the other brand for choice. 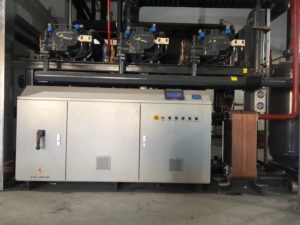 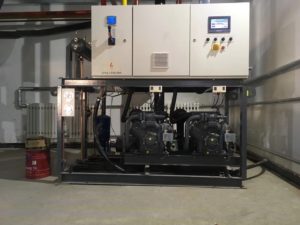 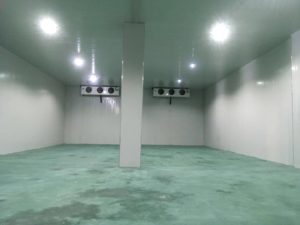